The equation is simple. Win the Minor Semi Final and stay in the finals race, lose and the 2021 Suncorp Super Netball season is over.

West Coast Fever (3rd) and Sunshine Coast Lightning (4th) will enter this season-defining contest aiming to progress to next Saturday’s Preliminary Final against the loser of the Major Semi Final between Giants and Swifts.

Last time Fever and Lightning met was Round 10 in Perth, with the latter claiming an upset 65-61 win at RAC Arena.

Turnovers proved costly for Fever, who had 22 compared to Lightning’s 17, which were capitalised on by Lightning Goal Shooter Cara Koenen with 43 goals, and her accomplice in attack Steph Wood, who scored 16 goals and three Suncorp Super Shots.

Fever will be aiming to reverse this result on Saturday and Captain Courtney Bruce said her side was ready for the challenge.

“I think that’s been the theme for this year, we’ve always been fighting. We’ve had to fight week in, week out and that’s no different now,” Bruce said.

“It doesn’t change anything that we do. It doesn’t change our mentality or the way that we hit the court and train during the week. We’ve been fighting all year and we’ll continue fighting.”

Fever Coach Stacey Marinkovich said pressure and consistency would be the key to winning the match.

“We’re going to need our full-court defence and our full court attack connecting our transverse lines to be able to enforce and put a real presence out on court,” Marinkovich said.

“Each team plays slightly differently and has different strengths in different areas, so it really is a time where you have to focus and back what you do as a team. We’ve done that all season and this weekend will be no different.”

“I think a big thing for us is our moments of transition from attack to defence and having that whole team pressure. It’s what we do throughout the entire court that’s going to enhance the skill sets of our back defenders, so a real emphasis on team defence I think will give us a really good opportunity.” 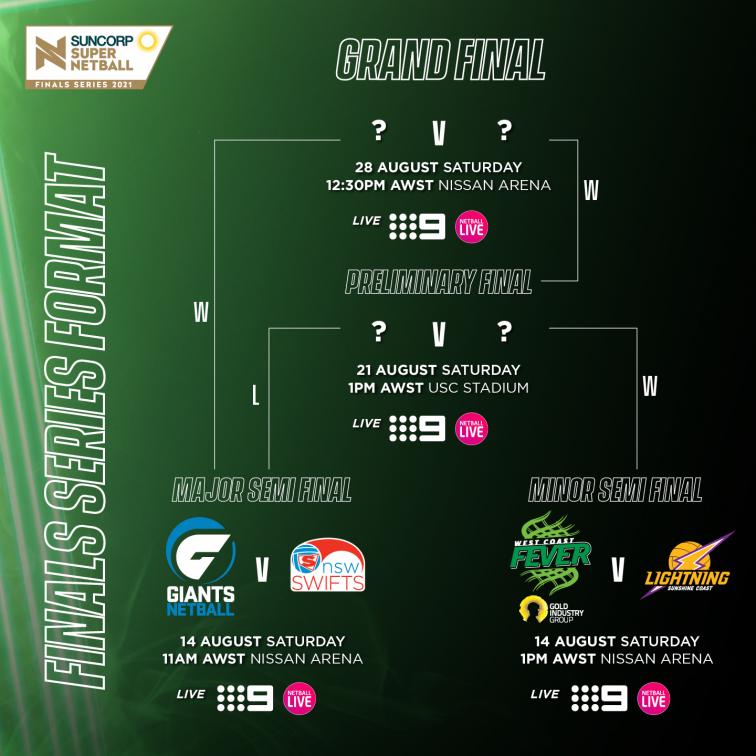 Bruce and Aryang to represent Australia