Stacey Marinkovich has departed West Coast Fever following the club’s Preliminary Final loss to GIANTS Netball to embark on the next chapter of her career as full-time Australian Diamonds coach.

Speaking to media after the loss, Stacey reflected on the 2021 Suncorp Super Netball season with Fever and the seven years she has spent at the club as head coach.

“I look back on the season and it’s the most successful one that Fever’s ever had in terms of wins, and when you look at the predicament we were in at the beginning of the season, I’m just so incredibly proud of the girls,” she said.

“Not once did they back away from taking this season on and when everyone kind of ruled us out at the beginning of the season, we came out firing and we fought, and we fought for a long time.”

“Our first aim was to get into finals, we won a final and we were two games short of a Premiership. The Giants were the better team on the day but my initial reaction to our group is I couldn’t be more proud of everything they’ve tried to accomplish this season.” 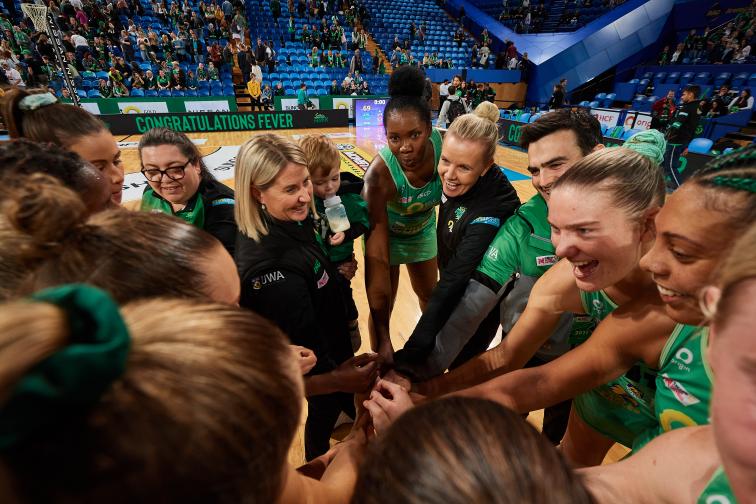 “When you get so close, I just think that we let the occasion take hold and instead of staying in the moment and playing what was there we tried too hard to make the fairy tale happen.”

“The journey that I’ve had with this team and this club and my staff that I get to work with day in, day out, they’re friends, they’re mates and they’ve always had my back. I couldn’t have asked for anything more from the people that I work with and the girls have been incredible. They’ve bought into everything that I’ve tried to bring the program and they’ve actually made it so much bigger than what I initiated.”

“The Club is in a great place and they’ll learn from this experience. It hurts, but to see what we’ve been able to create from when I came in, from very little wins and playing no finals, to being a constant performer up in the top I’m really pleased with what we as a club have been able to accomplish together.”

“The culture we’ve been growing hasn’t just happened this season but it’s been building over a number of years and you can’t just make it happen in one go.

“The way in which the girls communicate, they’re so honest and open with each other, they keep pushing and driving each other. The other thing I think we learnt as a group is to enjoy the moment and celebrate the wins that we actually had. When you’ve got that enjoyment and the recognition of what everyone’s doing it’s a pretty happy place to be around.

“To be able to walk into RAC Arena and see the Green Army, to see a state that’s fully involved in netball and to see players be absolute role models … and an army of supporters that back this group of girls [makes me so proud].”

“I’ve gained so much from the club. I’ve learnt that you need to be your authentic self all the time and that’s where you get your greatest buy-in and greatest respect from the people around you. I think they taught me how to be resilient. There’s so much that happens when you’re a head coach and I guess to have that support around you all the time and to back what you’re trying to lead is something pretty special. And they’ve taught me that there’s a performance on the court but there’s a connection off the court that builds a club.”

“In elite sport you’re constantly trying to be the best or be better, but you’ve got to celebrate the wins, so they’ve taught me how to saviour moments and enjoy everything you do before you try and move onto the next thing.”

“I am looking forward to the next phase. I think when I’ve got full energy in the Diamonds and I’m working on that day in, day out, every minute and every ounce, I’m really excited by what we can do.”

West Coast Fever looks forward to announcing its new head coach once the recruitment process has been finalised. 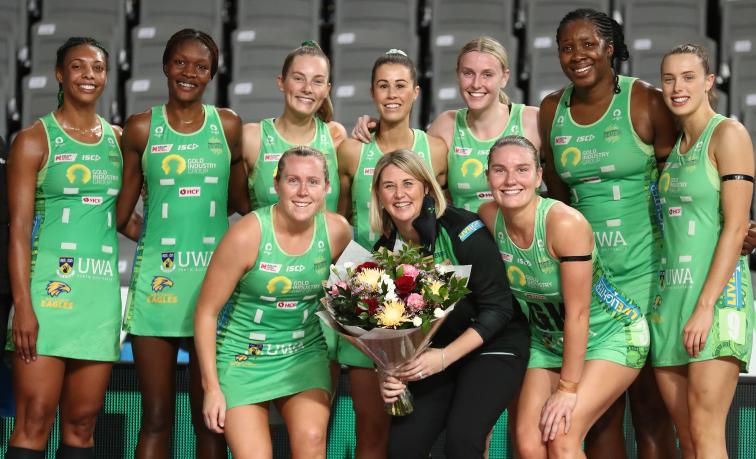