West Coast Fever’s opponents for Rounds 7-9 have been announced as the Suncorp Super Netball League schedules all games to be played at Nissan Arena in Brisbane.

Round 7 will see Fever host Magpies in their second home-away-from-home game on Tuesday, August 25 at 3pm AWST after their clash on Saturday was a battle to the siren with Fever winning by one goal.

In Round 8 Fever host another home-away-from-home game, taking on Sunshine Coast Lightning on Sunday, August 30 at 1.30pm AWST.

“The players have not only been working hard on the court but also off the court; we’ve had a couple of close games and the fans back home in Perth have been a wonderful support, the players love seeing their support on social media.” Mr Taylor said.

There are still five more rounds to be announced and Fever have been working with the League, the WA State Government and WA Police to safely play games in front of Perth crowds at RAC Arena.

“We are not giving up in our bid to host Fever games at RAC Arena; our state is the safest in the country and we continue to put forward plans to the league to consider scheduling the last few rounds in Perth.” Mr Taylor said.

Today, Fever play Melbourne Vixens at 3pm AWST and Round 6 sees them clash with the Queensland Firebirds on Saturday August 22 at 1pm AWST.

The League has determined, to assist with managing the overall cost of delivering the season, all Round 7 matches and the first two matches of Round 9 will be closed events.

All matches are broadcast live on Telstra TV and the Netball Live Official App. 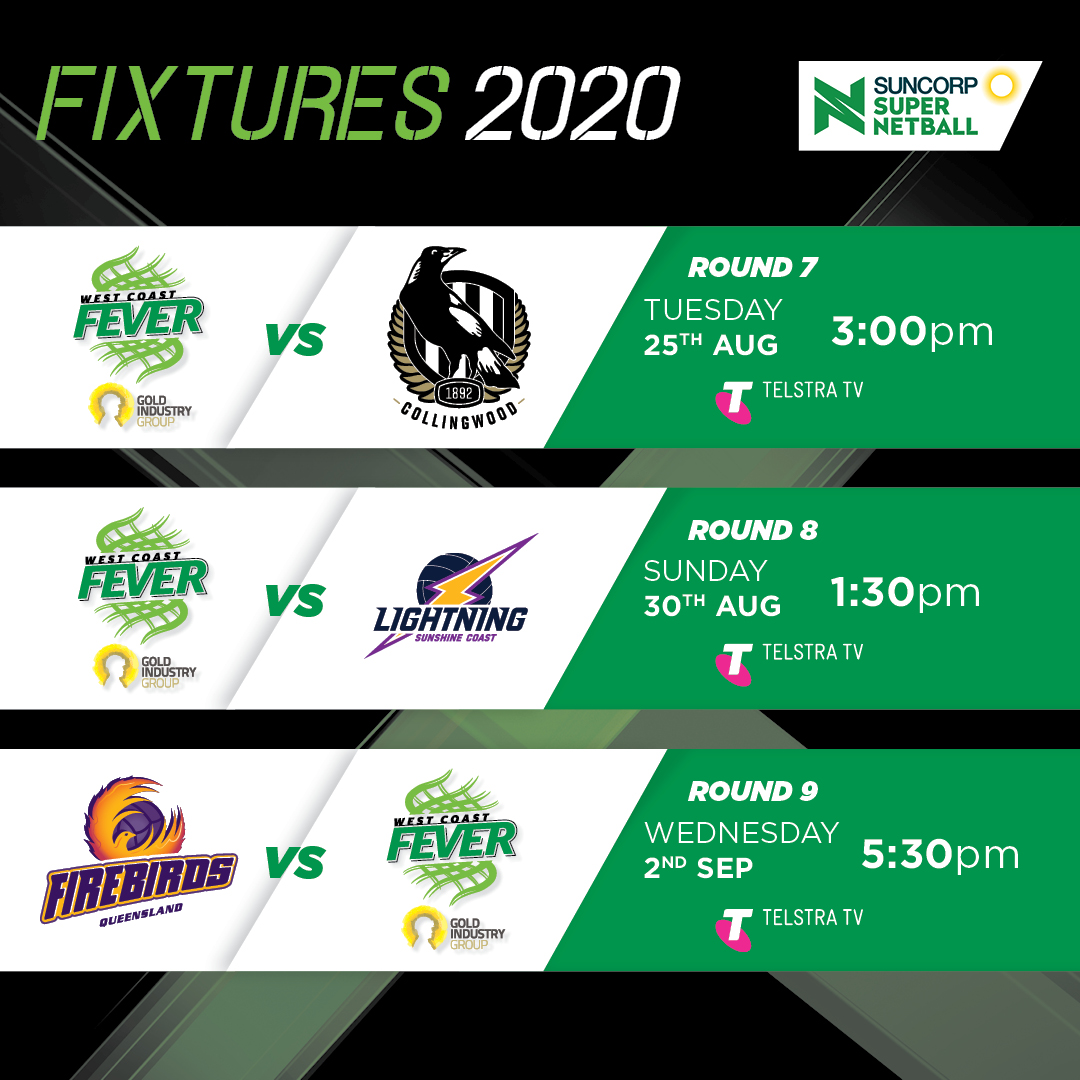 Who's your favourite Fever player?