West Coast Fever celebrated a pair of individual milestones with a 68-57 win over the Adelaide Thunderbirds in the final round of the season at RAC Arena on Sunday.

Goal Shooter Jhaniele Fowler set a new record for the most goals by an individual in a season, while star defender Stacey Francis-Bayman notched up her 100th National League Game. 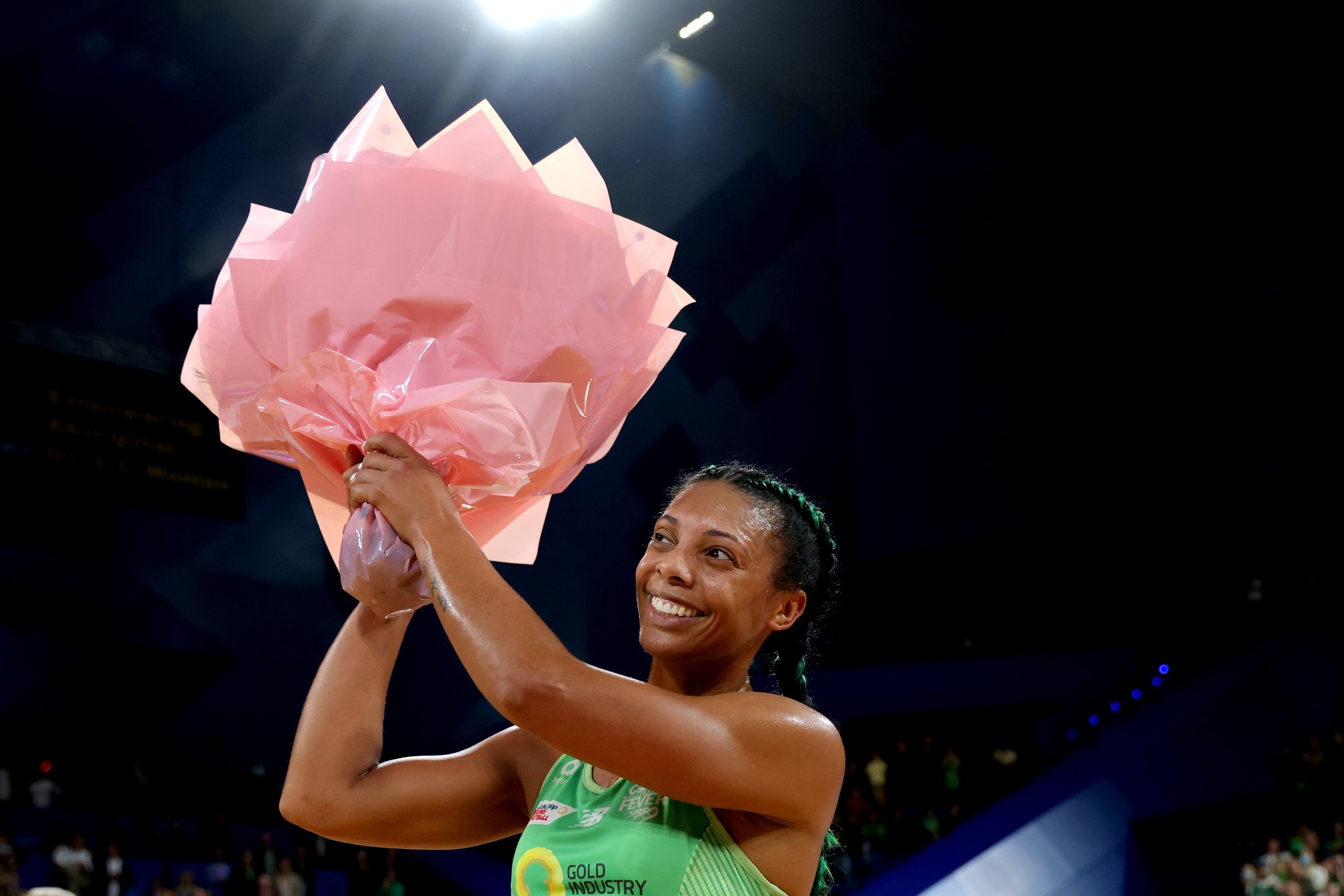 Fowler broke her own record for the most individual goals in a regular season of 795, scoring her 796th goal in the fourth quarter to a huge roar from the 8009 Green Army fans in attendance. She extended the record to 800 with 3 minutes left and finished the game with 44 goals to set the new record at 804. 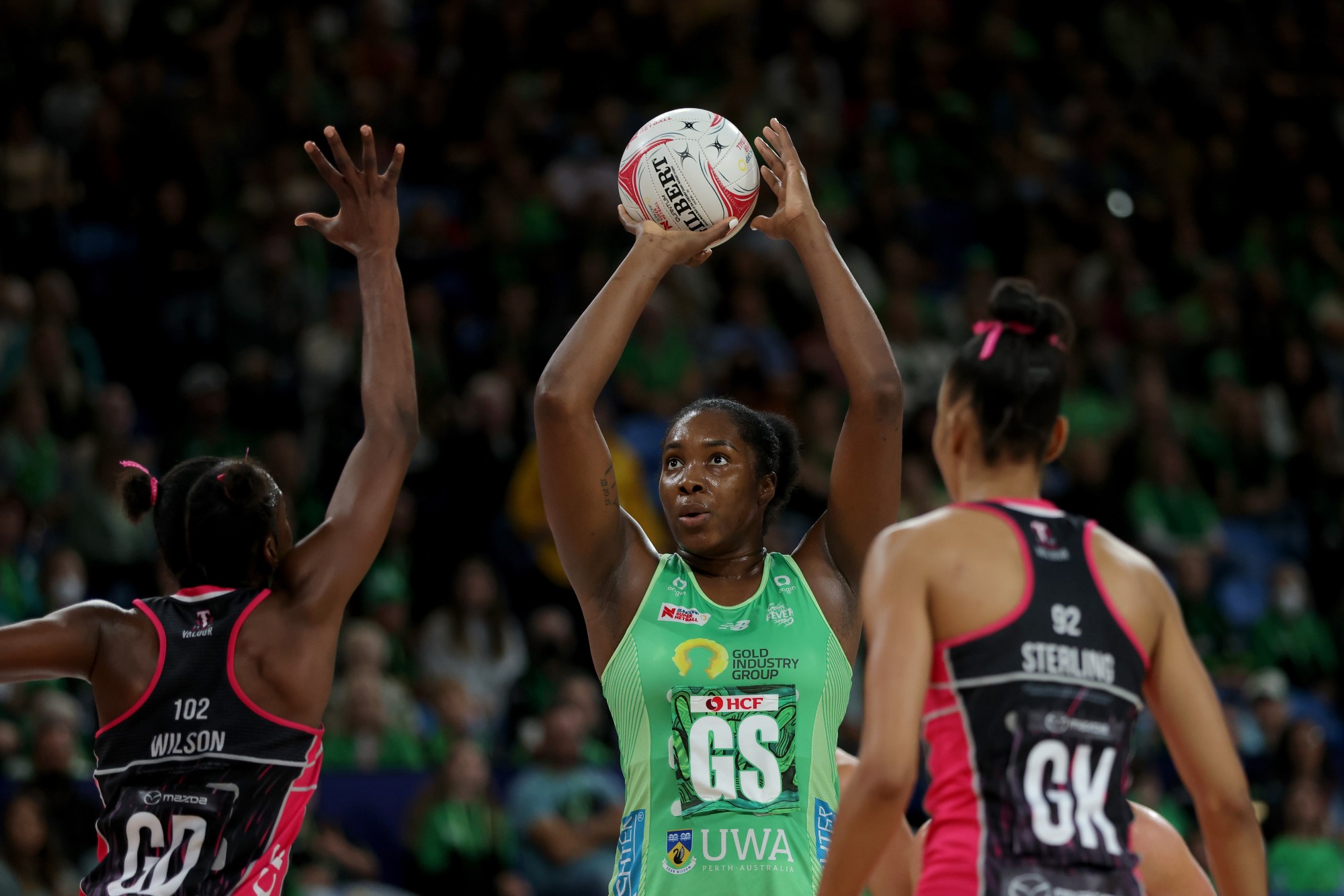 Fever took an early four-goal lead with Courtney Bruce and Sunday Aryang creating opportunities from defence with intercepts and deflections. At the other end of the court, Fever’s shooters were both on target early, with Fowler scoring 9 goals and Glasgow 8, including 3 Suncorp Super Shots, to extend the home side’s lead to 5 at the first break.

The Thunderbirds started the second quarter with tight defence, slowing down Fever’s avenue to goal to draw level and then take the lead. With Fowler being double-teamed in the attacking circle, Glasgow kept the scoreboard ticking over before leaving the court in the final minutes with a bleeding knee. Leading by 3 points heading into the power five, Fever maintained a 30-28 lead after a low-scoring second quarter.

Francis-Bayman came on at Goal Defence to start the third quarter in her 100th National League game, with Sunday Aryang moving out to Wing Defence and Jess Anstiss to Centre.
The Thunderbirds continued applying strong defensive pressure but Fever matched them at the other end, with Bruce racking up deflections and gains to help her side increase its lead to 49-40.

Fever came out firing in the fourth to increase their lead to 12 but the Thunderbirds continued fighting. Fowler broke the record for the most goals by an individual player in a season with 8 minutes remaining and Bruce increased her defensive stats to 12 deflections, 7 gains and 3 intercepts as Fever ran out 11-point winners. 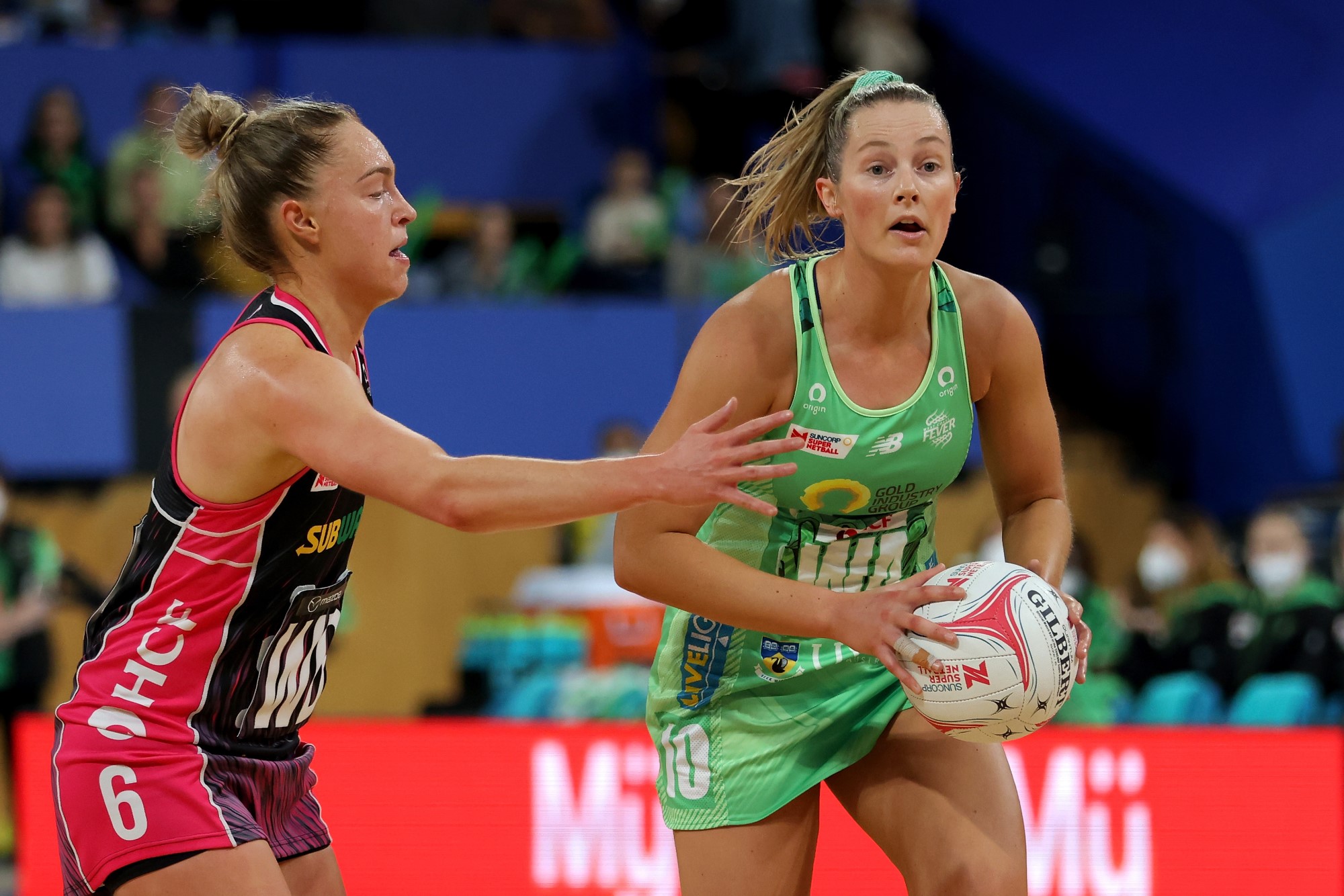