The match will be one of four played across the opening weekend of the 2022 SSN season, which will start earlier than usual due to the Commonwealth Games at the end of July.

New West Coast Fever head coach Dan Ryan said he was looking forward to the season getting under way and hoped a big crowd would fill RAC Arena for the opening game.

“It’s amazing that we get to open our season at home in front of the green army at RAC Arena,” Ryan said.

“We have five Sunday games too which opens the door for more of the WA netball community to get to our games and support the team.”

“We know how important our home games are for us next season and our fans and home crowd supporters are going to play such an important role in our journey, so we can’t wait to see them again and get started.”

Fever will play two games at RAC Arena in the first half of the season and five in the second, finishing at home against the Adelaide Thunderbirds on Sunday, June 12.

Every game will be broadcast live and ad break-free during live play on Fox Sports. Available on Foxtel and Kayo. 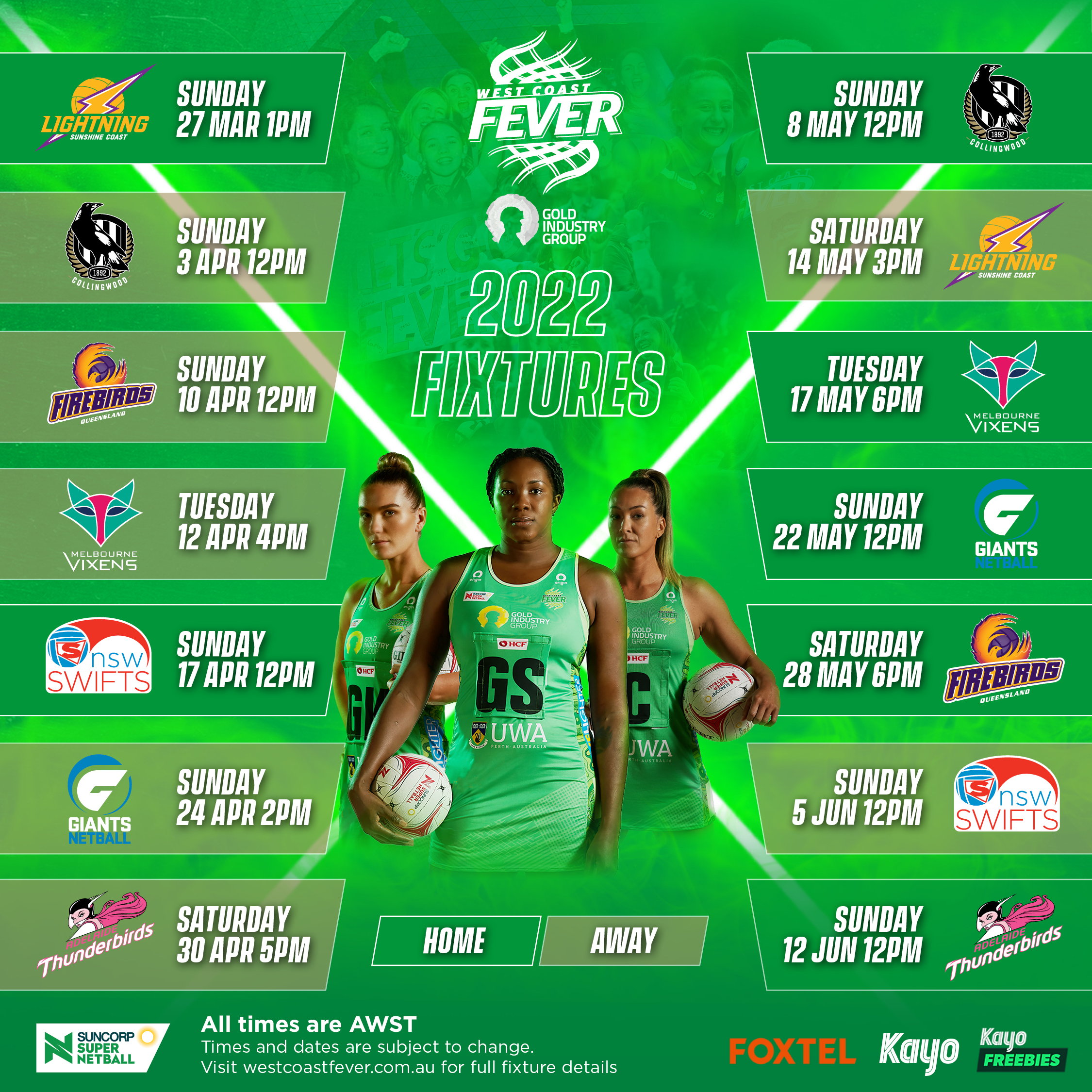 Aryang and Bruce star in Diamonds win over South Africa

How to watch the Australian Diamonds this weekend