West Coast Fever will travel to Sydney to play GWS Giants in the opening round of the Suncorp Super Netball season on Saturday August 1.

The first 6 rounds were announced today and see Fever remain in Sydney for the week and play NSW Swifts on Sunday August 9 before travelling to the Queensland hub where they are set to remain for three weeks.

Following the completion of round 6, Fever hope to spend time back in Perth to play up to four games at RAC Arena in front of fans as part of second part of the season.

West Coast Fever Managing Director, Simon Taylor said: “We have not given up our fight to secure a number of home games this year and will continue to work closely with our State Government and the League.”

Fever Coach Stacey Marinkovich said the team had been preparing to be away from home for a couple of weeks in order to start the season.

“It’s not ideal, but we have been training hard and have been planning for all the possibilities, we now have the first six rounds scheduled so we know what we are heading into,” she said.

“The club is looking forward to returning to Perth to play in front of our home crowd and loyal fans who have supported us through this unprecedented time,” Marinkovich said.

Fever will be challenged; having to travel to Sydney and Queensland as well as facing a short turn-around between games due to mid-week scheduling to condense the number of weeks the full 60-game season is played over from 14 weeks to 10.

“We have a lot of depth to our squad, but recovery will be   super important given some of our games are four days apart.”

Fever’s Round 1 game is against GWS Giants, at Ken Rosewall Arena in Sydney on Saturday, August 1 at 1pm AWST. 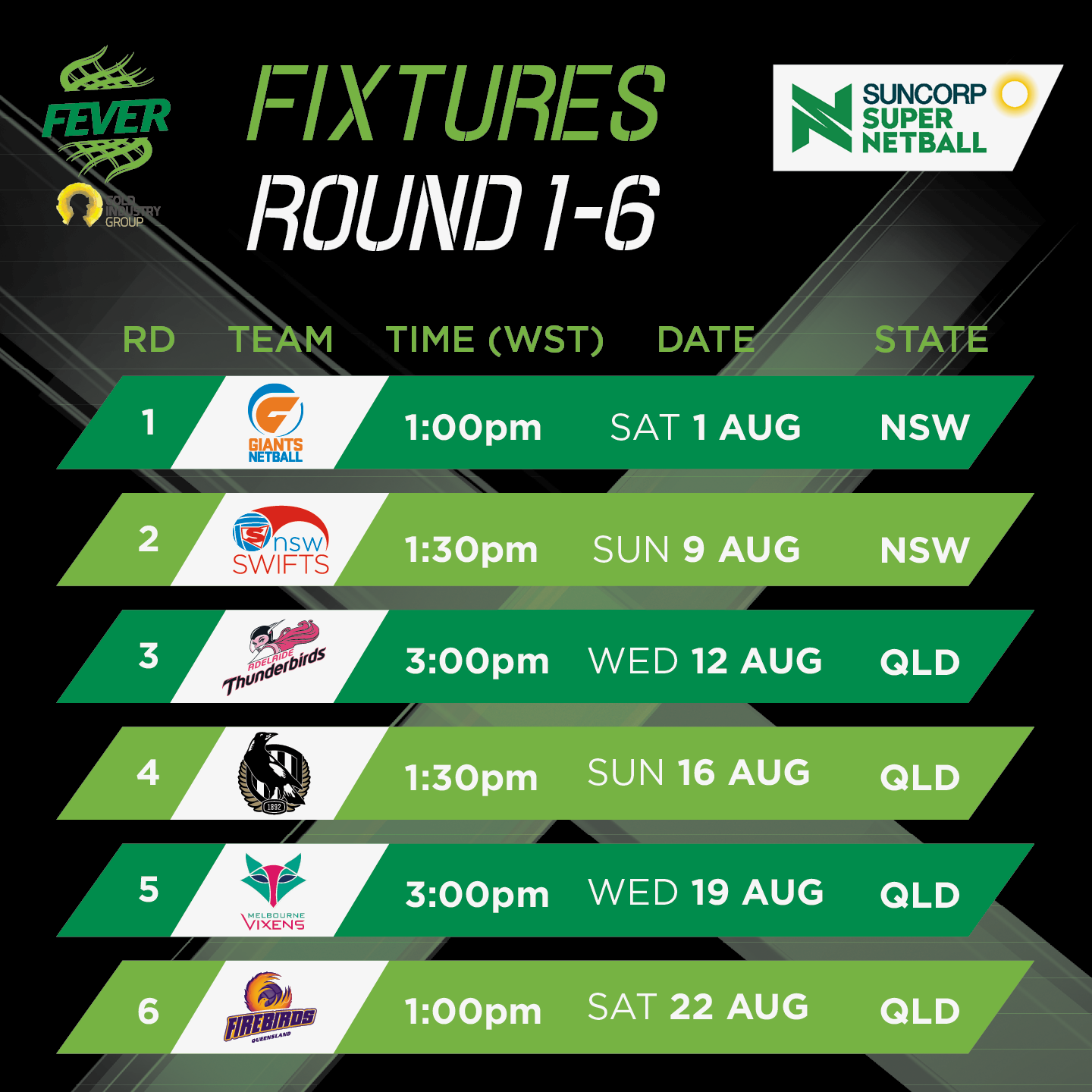 Fever kick off season with a 12 goal win

Fever take to the court with members