West Coast Fever moved to the top of the Suncorp Super Netball ladder following a dominant 75-55 win over the Collingwood Magpies in their Round 13 clash at Nissan Arena.

After a fast-paced start to the game, Fever got out to a 10-goal lead with fast ball movement to Goal Shooter Jhaniele Fowler, who had 19 goals at the quarter-time break, while Collingwood struggled to find a way through Fever's defence.

Fever’s sizzling form continued in the second quarter with Fowler adding another 18 goals assisted by slick passing from Alice Teague-Neeld, Verity Charles and Jess Anstiss, for a half time lead of 40-21.

Sasha Glasgow, Emma Cosh and Olivia Lewis were subbed on in the third quarter and had an immediate impact, with Glasgow slotting a Suncorp Super-Shot, Lewis recording a deflection and Cosh feeding Fowler, who took her individual tally to 54 goals.

After leading by 20 goals to start the fourth quarter, West Coast Fever changed their line-up midway through the quarter, seeing Fowler head to the bench with 62 goals and Glasgow move into the circle to team up with Teague-Neeld who returned to the game at Goal Attack.

Fever maintained their lead for the remainder of the fourth quarter to run out 20-goal winners and set the scene for an exciting top-of-the-table clash against GIANTS this Saturday in the final round of the 2021 Suncorp Super Netball season. 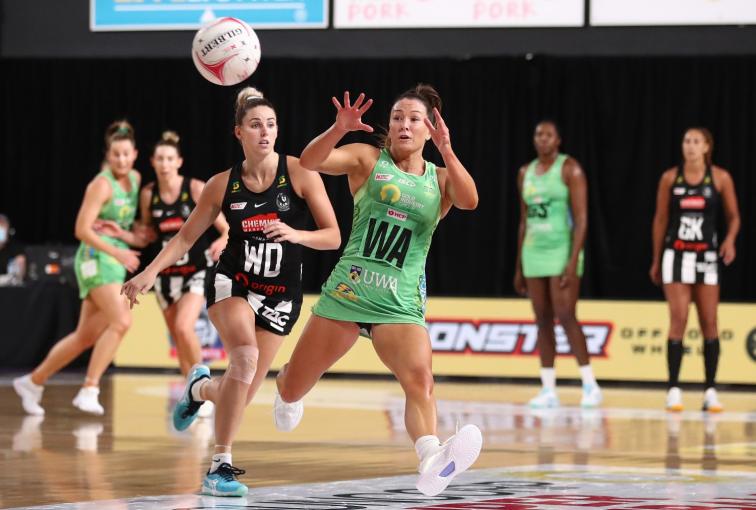