West Coast Fever fans enjoyed the opportunity to engage in fun photo booth activations and create their own social media content during the 2021 Suncorp Super Netball season thanks to the club’s partnership with Adept Photo Booths.

Adept Photo Booths became a preferred supplier for West Coast Fever in 2021 after providing activations for several years at events and home games as the photo booth company of choice.

With the mantra ‘bringing events to life’, Adept Photo Booths put the fan experience first and raised the bar with engagement in 2021, offering a range of innovative activations.

Here are a few examples of how Adept Photo booths helped strengthen the connection between the club, our fans, sponsors, and junior netball players.

At every home game many fans made a beeline for our Fan Zone, Fever Alley, to enjoy a smorgasbord of activities from doors open to the centre pass.

In 2021 fans had the opportunity to star in their own West Coast Fever content with the Green Screen 360 Photo Booth.

This content was filmed, rendered and sent to the fan’s phone within seconds right from Fever Alley.  This content seamlessly arrives in the hands of the fans themselves, gets distributed via social media profiles and apps well beyond just the attendance on the day.

West Coast Fever Major Partners Linley Valley Pork also got in on the action with Adept Photo Booths in Fever Alley. Using Artificial Intelligence background removal technology, the GIF booths on hand let fans take photos and see the screen come to life with the Fever branded background, before emailing themselves a copy to be shared online. 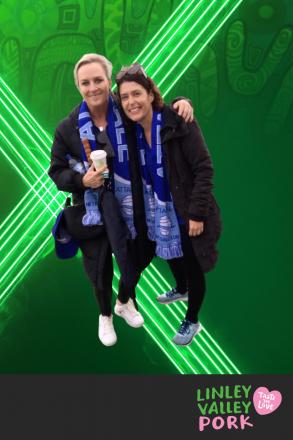 Netball is all about coming together as a team and a community to share the game we love. This sentiment of unity, teamwork and coming together is something that Adept Photo Booths aimed to capture with its Mosaic Photo Wall. 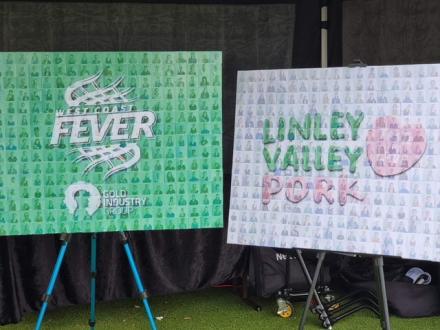 The Mosaic Photo Wall let players, officials and volunteers take photos which were printed and stuck onto a Mosaic board. As more stickers appeared on the board, the image of the West Cost Fever and Linley Valley Pork logos appeared.

In a popular green screen activation, players had the opportunity to place themselves in a mine site holding up a real live replica of the Eagle Gold Nugget.

The Roaming Photo Booth provided a great way for players to interact with the club’s corporate sponsors and members.

A selfie is definitely the new autograph, with fans lining up to get a pic with their favourite players. And the West Coast fever lunch provided the perfect setting to mingle with players for a selfie.

The Net Ball is another event on the social calendar that brings the netball community together to celebrate the end of the season.

You can check out the photos by clicking here to see why the Photo Booths were such a hit!

Aryang and Bruce star in Diamonds win over South Africa

How to watch the Australian Diamonds this weekend